The window to set the Timelapse in DragonFrame is not very explicit about the delay between two images. A little test helps to understand why: If we launch a timelapse with the default settings, which is an interval of 10 seconds, it is expected that there will be a 10 seconds interval between two triggers… However, depending on the settings of the camera, there may be more. In reality, DragonFrame tries to approach at best the timelapse delay considering the light settings and the characteristics of the camera. 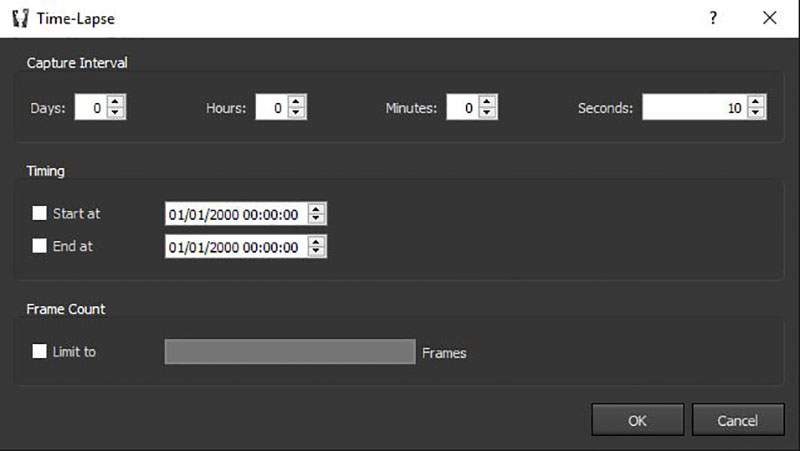 We can understand this principle by the absurd: difficult to maintain a period of 10 s between two shots if the pause time is 20 s! Or: impossible to make several shots instantly even if the delay is set to 0s. To successfully minimize the interval between two photos, you should take into account the pause time, the image backup time and finally the delay for the OpenFC system to position the motor (often less than 1s).
Depending on the constraints, you can play on the following factors to reduce the delay between two images to the maximum

Unfortunately, DragonFrame is more thought for the stop motion than for the timelapse: for security reasons, it systematically records the shots on the computer, which lengthens the interval delay between two shots. An interesting option would be to load in the computer only the low resolution shootings (for preview and control) but save the pictures in high definition on the memory card od the camera during shooting – they would be loaded to the computer only once the timelapse has been completed.